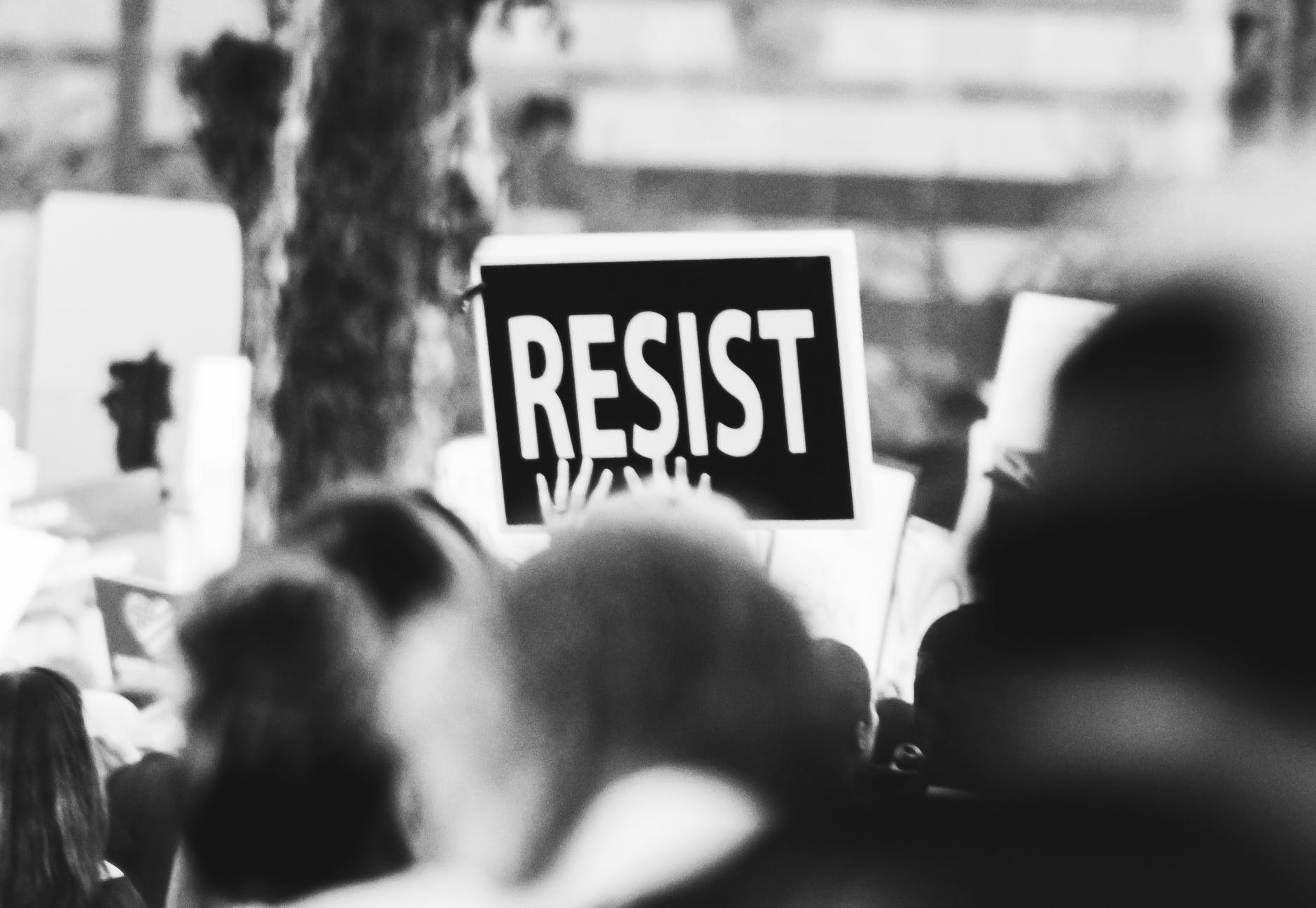 Some are more equal than others

After the police dropped the investigation into my wife for Controlling and Coercive Behaviour without looking at any evidence or speaking to any witnesses, it almost killed me. In my anger and despair, I lashed out at everyone that had failed me.

I complained to Social Services about the woman who’d done nothing to support me, even though she knew I’d been attacked by my wife with kitchen scissors and had my beard cut off.

I complained to Children’s Services about the children’s social worker, who, by leaving me in that house with my abuser when I told her I was being abused, facilitated my abusive wife to take the children away from me.

I complained to the police about PC Noise Complaint for dropping the investigation without doing any investigating.

I complained to my surgery about my GP, who, when I told him I was being abused, sent me home to her with the advice to do whatever she wanted and try not to piss her off, and maybe she’d treat me better.

I complained to my MP about all of them.

I blocked my wife on Facebook, only for her family to call Social Services and tell them that I needed my mental health investigating because I was lying about being abused when I was in fact that abuser.

I never heard back from Social Services. Children’s Services told me that they believed my wife had abused me, but they also believed that I had abused her right back, and so my complaints were null and void. My MP told me he appreciated how difficult it is for male survivors of domestic abuse to be taken seriously, and asked Social Services to intervene on my behalf, which they didn’t.

The practice manager at my surgery thanked me for my complaint about Dr West Country and said she’d passed it on to him to investigate.

‘Sorry, am I reading you right?’ I replied. ‘You’re giving my complaint about Dr West Country to Dr West Country so he can investigate…himself? Do you not think that presents a conflict of interest?’

‘Your complaint is of a clinical nature, so it is up to the clinician to investigate,’ she replied.

At the appointment, I had told him I didn’t know how I was going to get to the end of the day; that I was going to end up in the nut house; that I’d built a wall around my emotions but it was starting to leak and I was terrified that the trickle would become a tsunami that would wash everything away. I mean, sure – how could he possibly know I was anxious and depressed if I didn’t specifically use the words ‘anxious’ and ‘depressed’?

Is this really the standard we can expect from our health services? A male victim of a female abuser gets short shrift from everywhere.

Only my complaint to the police got me anywhere. Amazingly, after a review by an Inspector, they decided that there were perhaps a few avenues they could further investigate for potential evidence (such as actually speaking to my witnesses, looking at my medical records, etc.), and that due diligence had not been carried out. Contrary to PC Noise Complaint’s statement that the case would not be reopened, the case was reopened.

Unfortunately for all involved, they put PC Noise Complaint back in charge of it. My request for it to go to the Domestic Abuse Team was denied because – remarkably – a Force covering a population of several million people had no Domestic Abuse Team or any domestic abuse specialist officers. So PC Noise Complaint of the Neighbourhood Policing Team, who knew my father-in-law, blundered his way from place to place, collecting statements from my support workers, my GP and Social Services. Perhaps he even read my 200-pages of evidence; I will never know.

I contacted a lot of domestic abuse organisations at this time, because I was desperate for whatever help anybody could offer. I found a pitifully small number that didn’t discriminate on the basis of gender, and when I told them my story – the litany of failures on the part of the Police, Social Services, Children’s Services and my GP – practically all of them responded the same way: ‘Your wife’s family – are they known? Wealthy? Well-connected?’

‘I thought so. This isn’t unusual. I’m not saying it’s what’s happening in your case, but it might explain why you’re facing so many obstacles.’

But justice was on my side, right?

When the police dropped the case against my wife for a second time, they had the courtesy to do it face-to-face, albeit online. This time it was an Inspector, a Sergeant, and PC Noise Complaint; me, my dad and my support worker Vicki.

They said that in order to pass the case to the Crown Prosecution Service, it had to pass the Full Code Test. This test has two parts: is the evidence available to the charging authority sufficient for a realistic chance of a successful prosecution? And is it in the public interest to progress it? They said that the second part was fulfilled, but the first was not because I had no realistic chance of a successful prosecution.

‘The problem we had,’ they said, ‘is that we have plenty of evidence showing that your wife abused you. We have more than enough statements from your support workers to confirm that she was abusing you physically, mentally, emotionally and financially. But unfortunately, in order to prove Controlling and Coercive Behaviour, we need evidence both that she was abusing you and that this abuse had a negative effect on you. We don’t have that evidence.’

‘What about my medical records? My mental health was in a steady decline the past two years.’

‘But I did,’ I said. ‘I wrote hundreds of emails to Vicki asking for help.’

‘You telling other people what was going on isn’t evidence. It needs to be witnessed independently.’

‘We did witness things,’ said Vicki. ‘We raised safeguardings with Social Services and Children’s Services every time.’

‘Well,’ said the Inspector. ‘They should have passed it on to us at the time. Because they didn’t, we don’t have the evidence chain to back up your claim that the abuse had a negative impact on you.’

‘But I went to doctor appointments with him,’ said Vicki. ‘I sat with him as he poured his heart out for a solid hour to his GP.’

‘Then I don’t know why that’s not recorded in his medical records,’ said the Inspector. ‘Look. What we have is a mountain of evidence that Richard was abused by his wife. Unfortunately, we have a corresponding lack of third-party evidence to show how this abuse affected him. We can’t attribute the decline in his mental health to his wife’s abuse, so there is not a realistic chance of prosecution.’

‘Can’t Vicki attest to the effect of her behaviour on me?’ I asked.

‘She can,’ said the Inspector. ‘But as it wouldn’t be backed up by your medical records, or by Social Services, it wouldn’t matter.’

‘So, let me get this straight,’ I said. ‘You can prove that she abused me. You can prove it beyond a reasonable doubt in a court of law. But because of my doctor’s shoddy record keeping, there’s nothing you can do about it?’

‘Frankly, in this case there seems to have been a total failure on the part of the professionals,’ said the Inspector. ‘It’s not “we don’t believe you,” it’s “there’s not the evidential basis to prosecute this.” I’m sorry, but there it is. You’ve fallen through the cracks through no fault of your own. I know it probably won’t help, but you did nothing wrong.’

‘You didn’t even take a statement from me. There was so much more I wanted to say.’

‘There was no need,’ said the Inspector. ‘The first interview should have been a lengthy video interview – I don’t know why it wasn’t. We considered doing a further interview, but as we’d already run into evidential difficulties and wouldn’t be able to prosecute it, there wasn’t any justification for it.’

It was like the world had been pulled out from under my feet. ‘Okay,’ I said. ‘I don’t know how anybody ever gets prosecuted for Controlling and Coercive Behaviour if the burden of proof is so high, but okay; there’s not enough evidence. I accept that. What about the ancillary crimes? The common assault? The extortion? Forcibly kissing me?’

‘With lower level crimes – low level assault – the statute of limitations is six months, and we’re already out of that window.’

They completely glossed over the sexual assault.

‘Okay,’ I said. ‘I appreciate you taking the time to explain it to me. I was let down by the professionals who had a duty of care towards me; let down by shoddy record keeping. I guess I just have to accept that.’

Afterwards, I looked up my medical records, and if that’s the standard of doctors’ notes, no wonder there wasn’t any evidence. When my new doctor prescribed me sleeping pills, I had a twenty-minute phone call with him in which I told him I’d been abused; that I was having flashbacks and thought I was suffering from PTSD; that I was agitated by unpleasant images, tortured by bad memories; that I tossed and turned on the bed until five or six in the morning, afraid, disturbed, scratching my scalp with my fingers.

So I accepted the police’s reason for dropping the case. I accepted it for two days, right up until my dad spoke to his neighbour about my case.

Midway through, his neighbour said, ‘Excuse me, can I ask – the wife’s family: are they wealthy? Well-connected?’

‘Massively wealthy. The father is on the board of the county show. They’re friends with the head of the district council.’

‘I thought so,’ said the neighbour. ‘There’s no way the police in that county would ever prosecute your son’s wife.’

I’d been hearing this for a while now, but I still wasn’t ready to accept that corruption might be a factor in things – why blame a conspiracy when laziness, incompetence and prejudice could explain it all away?

When my dad’s neighbour told him this, I sat up and listened. Why? His neighbour is a Detective Inspector with the next county’s Police Force.

‘It happens all the time,’ he said. ‘The officers in your son’s case have been told to make it go away and that’s exactly what they’ve done. It sounds like you probably didn’t have enough evidence to convict her on indictment in Crown Court, but you had more than enough to have her summarily convicted in Magistrates Court. But to go to Magistrates Court, it has to be within six months. Did it feel like they were dragging their feet? How long did they wait until they dropped the case?’

They waited until it was no longer possible to prosecute her in the Magistrates Court, knowing it wouldn’t get to Crown Court on indictment, and then buried it. It didn’t matter how much evidence I had: because that time-limit had lapsed, my wife will never see the inside of a court room.

It turns out that, as far as the law is concerned, George Orwell was right: we’re all equal, but some are more equal than others.

One thought on “Police Corruption and Coercive Control”