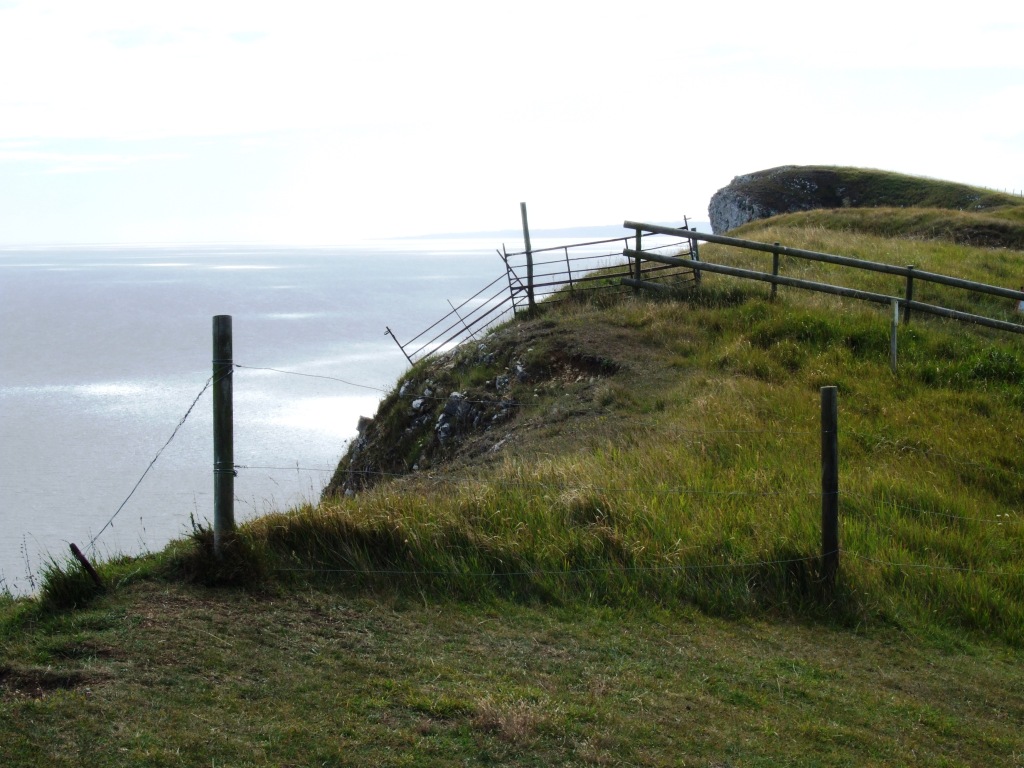 Your abuser controls your perceptions of the world for so long, erodes your sense of self to such a degree, that you’re not sure of anything. I kept asking myself if I was making it up; if I was causing it; if what I thought was happening was really happening. At what point does awkward and aggressive become abuse?

It’s not like there were any bruises I could point to. Sure, she hit me, sometimes with coathangers; she bent my fingers back; she threw drinks over me; she cut off my beard with kitchen scissors; but she didn’t ever give me a black eye or a split lip. I knew my marriage was hell, but I had no tangible sense of just how bad it really was. Deciding to leave an abusive relationship is nowhere near as cut-and-dried as it looks from the outside.

The best way of describing it is to imagine standing on top of a cliff with a fire at your back. You dare yourself to go to the edge, to look down into the darkness below. Do you have what it takes to jump? You know the fall is going to hurt. You know it might not save you. There are jagged rocks down there. There are monsters in the dark.

You lift one foot, and fear overtakes you. Even if you survive the fall, you know you probably don’t have the energy to fight whatever comes next. So you back away from the edge. You look over your shoulder at the fire. It’s not reached you yet. You have time. Maybe if you curl up into a ball and wait a little longer, you won’t have to jump. Maybe the wind will change direction. Maybe somebody will come along and rescue you. Maybe by some miracle, the fire will burn itself out.

Staying where you are, singed by the heat but not yet burning, seems the safer option than jumping to what could very well be your destruction.

Every time I plucked up the courage to leap off that cliff, I dreamed up new ways of fighting the fire, holding it off so I didn’t have to jump. I might have been afraid of staying with her, but I was more afraid of leaving her. That’s why we stay with abusive partners. Leaving isn’t cowardly – it’s an act of courage.

I left it too long before I jumped. I was already on fire, and I almost didn’t survive.

But I did survive. I survived. And I will never regret leaving. 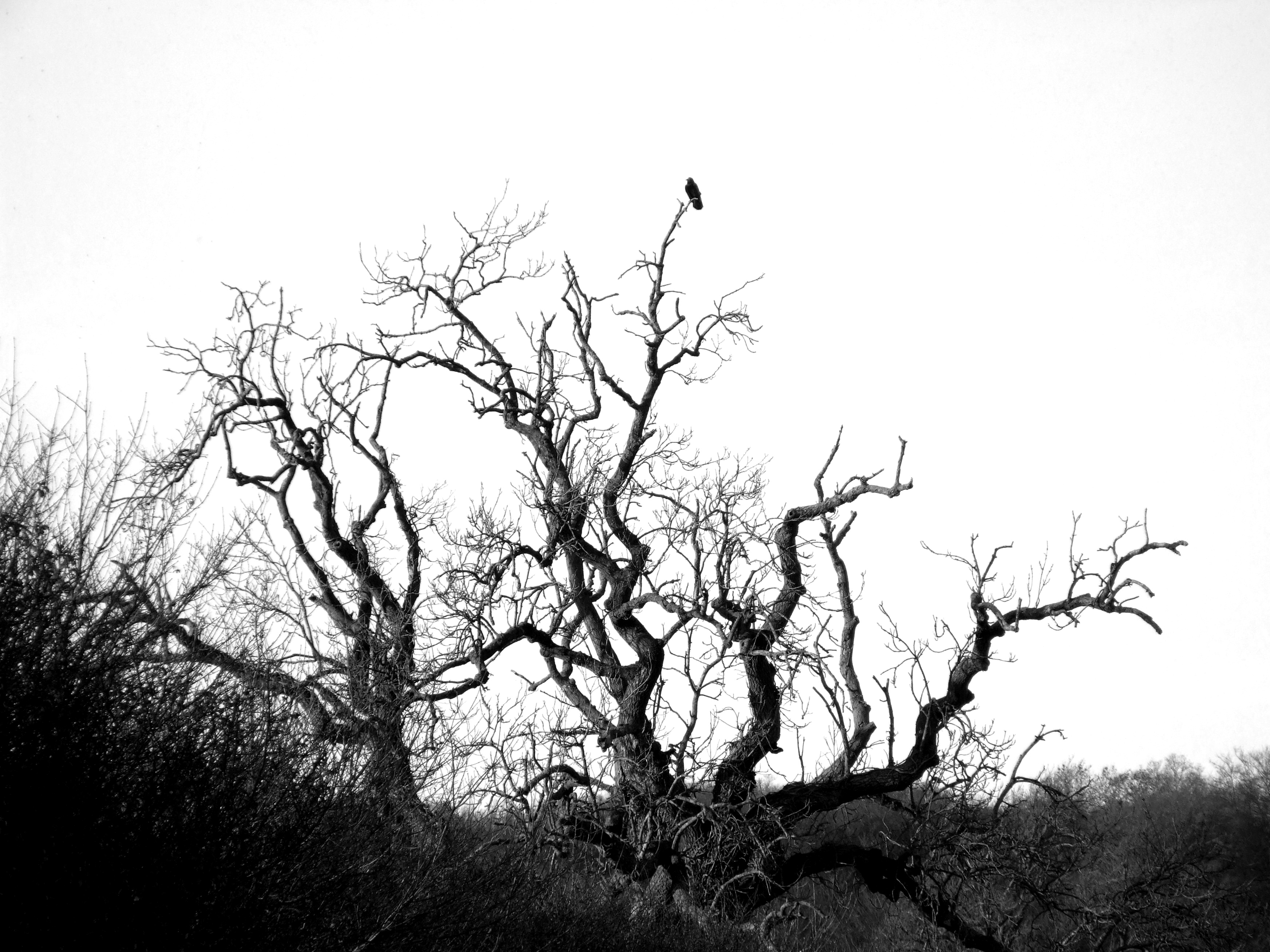 Lost in the Forest

When you’re in an abusive relationship, what’s so clear to everyone else on the outside isn’t so clear to you. Your abuser has so many holds on you – on your thoughts and your emotions, on how you see the world and your place in it – that you can’t get a handle on what’s actually happening. You live from moment to moment, crisis to crisis, thinking that if you can just get through this moment, then it’ll be better.

It’s like you’re in a dark forest, blinded by smoke. You see a tree on fire, so you tackle it, and you have a moment’s relief when the fire goes out. But then you see another tree on fire, so you go to tackle that one. Again, you rest, overjoyed that you’ve extinguished that fire. And then you see another one, and so on. You go from tree to tree putting them out, expending all your energy fighting these fires and thinking that if you put out enough of them, eventually you’ll be able to simply enjoy the forest.

It never happens. What you can’t see, because you’re right in the middle of it, is that the whole freaking forest is on fire. You lost this fight before you even started. If you were able to stop a moment, pause, reflect on it, you might realise the truth of the situation – and that’s why abusers don’t allow you any time to think. They need you to be confused; they need you in the smoke.

People told me for years that I my wife was abusing me. I didn’t believe them, because ‘abuse’ is such an ugly word. She was just awkward, I said; aggressive; intimidating; sometimes violent; but she had a pleasant side to her. In my mind, my wife couldn’t be ‘an abuser’ because abusers are ugly people, and I wouldn’t love an abuser; thus, if she wasn’t ‘an abuser’, then the abuse wasn’t really abuse, was it?

That’s just one of the weapons an abuser uses to keep you off-balance, and they have plenty of others in their arsenal – money, emotions, housing, family, children, sex. After they’ve put you through hell and you’re on the verge of realising the kind of relationship you’re in, they remind you of the good times, promise to change, ask for another chance to prove how much you mean to them. When you think they’ve changed for the better, and you let down your guard, that’s when they pull the world out from under your feet.

Worst of all, you never stop believing their promises. ‘If I can just put out this next fire,’ you think, ‘then it’ll all work out.’

Eventually, the fire will consume you. 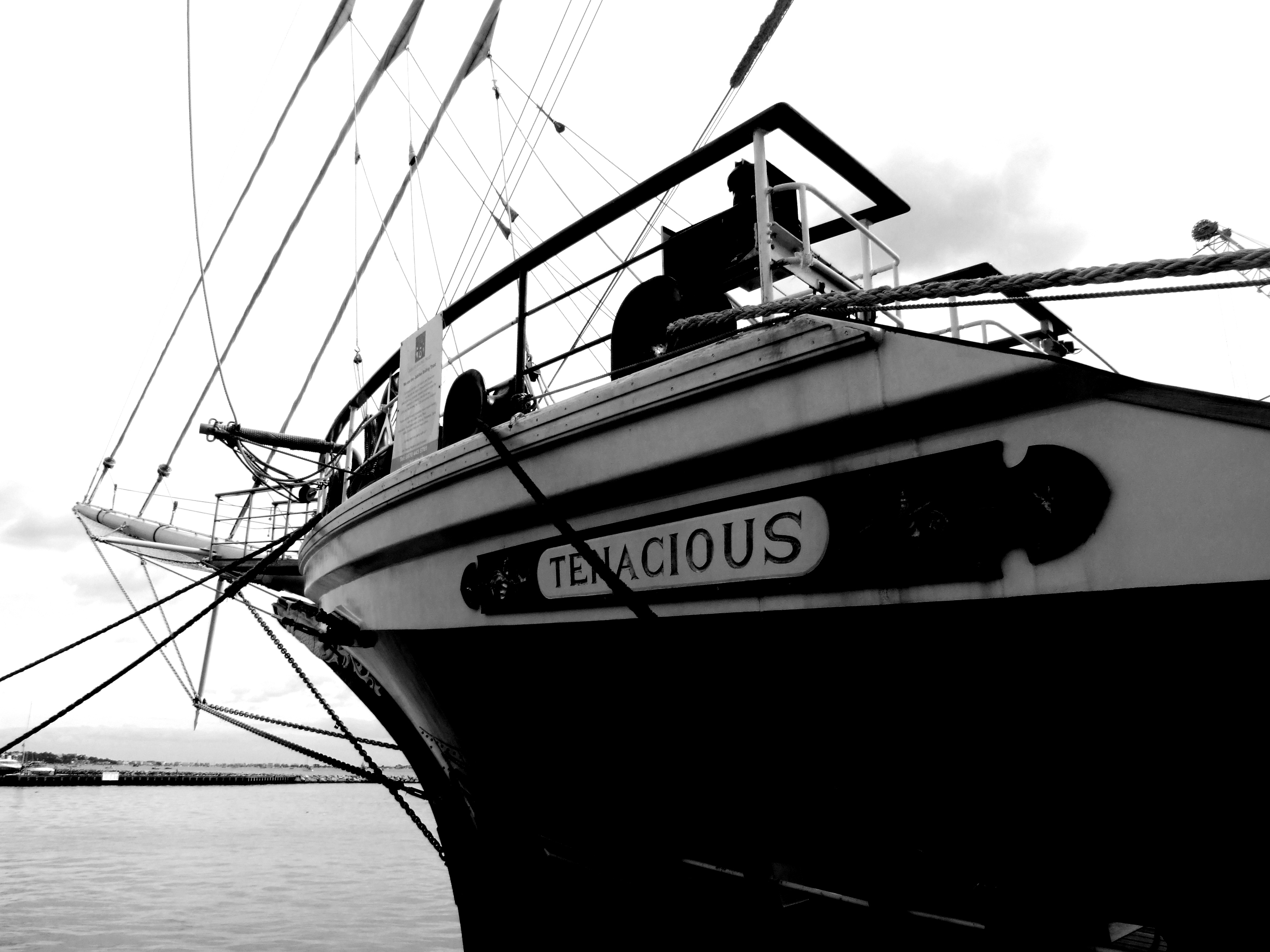 One year ago, my life fell apart. My wife had been physically, mentally and emotionally abusing me for ten years, and it reached the point where she was actively undermining me with the children, locking me out of the house, telling me she would never let me leave her, threatening to deny me access to my children and destroy me in the Family Court if I did, and forcibly kissing me even when I asked her to stop.

When I went to Social Services, Children’s Services, my GP and the police, none of them cared a damn. But because I’d spoken out about what was going on in my household, I had to be removed from the house for my own safety. In the space of a single weekend, I lost my marriage, my home and my children, and had a complete emotional breakdown. I’d been hanging on so long, I had nothing left.

I thought that telling people I was being abused would be the end of a long fight. Instead, I discovered it was only the beginning.

As their only defence against me was to discredit me, my wife and her family spread it about that I was violent, mentally ill, unsafe to be left alone around the children. They did exactly what my wife had been threatening to do all along – deny me access to my children because the courts always side with the mother.

I begged for help; I pleaded for it. But nobody wanted to listen. Despite being primary carer of our children for five years, despite putting them to bed every night, and having done every single night feed, none of that mattered, because I was only the father, and the mother’s rights, and ownership of the family home, trumped my own. Nor did it matter that my wife was incapable of looking after the children, because she hired a nanny the moment I left, and it was deemed there were ‘adequate provisions’ in place to protect the children from the effects of her misbehaviour. The fact I’d been practically a single parent for five years already wasn’t taken into consideration.

I went from being a 24/7 parent to a weekend dad. People told me I should be happy with this because it’s ‘normal’ for dads. But the relationship I came from wasn’t normal. I was mother and father to those children, and just because it might be ‘normal’ for dads only to see their children every other weekend, it doesn’t make the pain any less acute.

Unemployed, traumatised, grieving and up to the eyeballs on antidepressants, I seriously considered taking my own life; I started to self-harm; I developed an eating disorder. Yet I haven’t been able to see a doctor in over a year, as they simply up the dose of my medication and tell me to go to Slimming World. I live for the times I see my children, and in the weeks between, I drift, a prisoner in my mind, haunted by memories I can’t escape, plagued by nightmares of the wife who tormented me, and punished me, and took away my dignity.

I need to find a purpose. I need to exorcise these demons.

I am The Abused Man. And this is my story.